Warning: Learning About Obama's Friends and Advisors Can Make a McCain Supporter Out of You 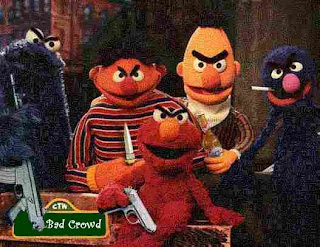 Despite the overwhelmingly sweet coverage the Western press has so far given Barack Obama, his extremely liberal policies, relative inexperience, and recently revealed testiness are finally beginning to get the attention of American voters.

And indications are that these voters are being unpleasantly surprised.

But just wait till they become yet more informed about others in Obama's circle of friends and advisors. Sure, the Senator's connection with Tony Rezko and Bill Ayers has marred his image a bit and the close mentoring relationship he has had with Jeremiah Wright was even worse. But Republicans are certainly going to do what they can to inform the voting public about a few others before November.

Among them? Larry Lessig.

Lessig, a friend and supporter of Barack Obama, is described on the official Obama website as one of the industry experts supporting Obama's plan to create a technology czar for the U.S. As such, Lessig has frequently been called in by journalists to explain the candidate's technology plan.

But what about Lessig's reputation as a "digital communist,"one who believes there should be no such thing as intellectual property rights? Or about Lessig's use in lectures of "a video of a 'gay' Jesus Christ sashaying nearly naked down a city street to the tune of Gloria Gaynor's 'I Will Survive,' only to get run over by a bus" -- a practice only stopped when a conservative web site highlighted it?

Having that kind of associate doesn't play well outside of San Francisco or Greenwich Village.

And then there's a seemingly unending list of Obama advisors whose antipathy towards Israel Power Line has been describing over the past couple of weeks? They include Joseph Cirincione, Samantha Power, Robert Malley, Merrill McPeak, and Zbigniew Brzezinski.

And, oh yes, there's also academician and Obama friend, Bernadine Dohrn, who helped kick off his first political campaign. Dohrn, who along with Ayers has a Weather Underground past, once warned Americans (Power Line offers a vintage recording of her remarks) that the Weather Underground was planning a series of violent attacks. In the light of these attacks, Dohrn suggests that people guard their colleges, banks, and even their children because the revolution is designed to bring American society (or the "pitiful, helpless giant," as she so elegantly phrases it) "to its knees."

But to date, Barack Obama's response to the extremely controversial (if not downright reprehensible) nature of many of his friends and advisors is not to repudiate them -- just hope the media doesn't get round to reporting on them.

But with the ever-growing power of the new media (Rush Limbaugh and peers, Fox News, conservative think tanks, and the emergence of bloggers as an exceptional informational, influential force), that's not a very good plan.
Posted by DH at 11:39 AM