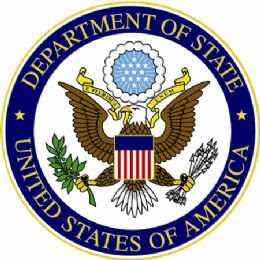 In the months leading up to this summer's Olympics, China continues to prove its critics right. While many had hoped that the Beijing Games would encourage China to make progress on religious freedom and human rights, the regime is still flaunting its disdain for Western values.

The country's latest victim, Zheng Enchong, is an attorney who publicly condemned China's forced abortion policy. International human rights groups now report that Enchong was detained by state officials and viciously beaten. This is at least the second time that local authorities have harassed him and his family. In 2003, he served a three-year sentence for speaking to the foreign press about China's disdain for human rights. Like the Chinese pastors, his fate is in the hands of ruthless state officials.

Of the hundreds of house church leaders who were arrested in December, FRC has learned from China Aid that 21 have been sent to labor camps where they will spend the next three years being "re-educated" for their involvement in an "evil cult." According to Chinese observers, this is "the most massive persecution case since 1983."

FRC and 28 congressional leaders have asked the State Department why the U.S. has not protested. Neither FRC's letter nor that of the House coalition has received the slightest acknowledgment from Secretary Condoleezza Rice.

It is reprehensible that a nation like America, founded by men who sought refuge for their religious beliefs, would turn a blind eye while these pastors suffer for their Christian faith.

Of course, you can join in the effort to persuade the U.S. State Department to take action on this important front. The main address is below as is the telephone number. Another good approach is to contact your Senators and Congressmen, asking them to pass along your frustration to the the State Department for refusing even the mildest of protests against China's cruel acts of repression.