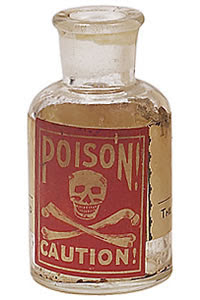 “Europe is quickly slipping into a new Dark Age, in the words of Winston Churchill, ‘made more sinister, and perhaps more protracted, by the lights of perverted science.’” This from World Congress of Families Global Coordinator Larry Jacobs as he expressed the sadness and revulsion over last week's vote by the Luxembourg parliament (30 to 28 and over the the objections of Prime Minister Jean-Claude Juncker and his Christian Social Party) to legalize euthanasia and assisted suicide.

Here's a bit more of the World Congress of Families' story.

...Proponents are in the process of establishing “guidelines” for euthanasia in Luxembourg. While news sources have reported that the law would apply to the terminally ill, Alex Schadenberg of the Euthanasia Prevention Coalition says the bill would also allow individuals with “grave and incurable” conditions to be euthanized.

Obviously, a person can have a condition that’s “grave and incurable,” but not life-threatening.

“Euthanasia proponents always assure us that the act will be voluntary,” Jacobs observed. “But the devil is in the details. Frequently, if a patient is unable to indicate consent, this life-or-death decision is made for them by a relative or a physician.” A 2005 report by the Dutch government concluded that in 2004 there were an estimated 550 killings of individuals who were comatose or otherwise unresponsive in the country.

The Luxembourg bill has gone through first reading. A final vote will come after procedures to implement the measure are devised. “We hope parliamentarians will have second thoughts about unleashing this lethal measure on the people they serve,” Jacobs declared...
Posted by DH at 10:26 AM