Forget McCain & Romney; Why Not Sarah Palin for President? 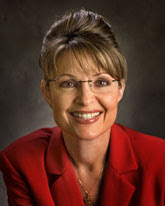 After all, what's not to like about the talented, smart and efficient woman governor of Alaska?

That's what Alaskan voters of both parties conclude anyhow -- Sarah Palin, the youngest and the first female governor of the state, has been given approval ratings as high as 93%. Wow.

Palin's high esteem comes from her eloquence, her energy and the fact that she brought character and integrity into what had been a torrid storm of political corruption in Alaska. Also, her support for government reform and the introduction of much-needed gas pipeline legislation have been winning the governor enthusiastic applause. 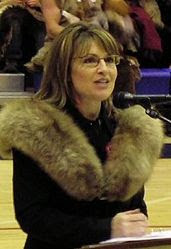 Governor Palin has a bachelor's degree in journalism from the University of Idaho but, thank goodness, she lives her life with much more common sense than most in that profession. Palin is the wife of a commercial fisherman and the mother of four children, the eldest of which joined the U.S. Army last fall. Palin is also a former beauty queen, cheerleader, musician, mayor, and was a point guard for the Wasilla High School Warriors when they won the state basketball championship in 1982.

And, oh yes, Sarah Palin is a lifetime member of the National Rifle Association and a strong defender of the sanctity of human life.

So, since John McCain and Mitt Romney have ended up as the choices produced by the primary system but both of these fellows are displeasing, perhaps even unacceptable, to many in the G.O.P., is it all that remarkable to look elsewhere? In the direction of Senator Tom Coburn? Senator Jon Kyl? Senator Sam Brownback? Senator Jim DeMint? Congressman Chris Smith? Congressman Mike Pence? Congressman Jeff Flake?