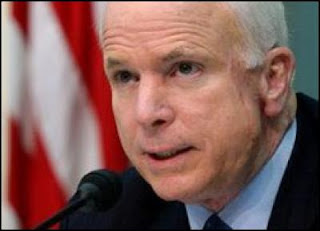 Remember how John McCain bumbled, stumbled and fumbled away his opportunities at the Conservative Political Action Conference in Washington last year?

It became a most unfunny circus for McCain as he first rejected the CPAC's invitation to speak, then announced he would rent a room at the hotel to personally confab with delegates, then failed to come through with even that. Will this year be any different? Will McCain's dissing of the G.O.P.'s true-blue conservatives continue? Or will he employ a new strategy to try and win over those conservative activists his campaign will so desperately need to win (if he gets that far) in November?

John Fund examines this important matter in his Wall Street Journal column today.
Posted by DH at 9:38 AM