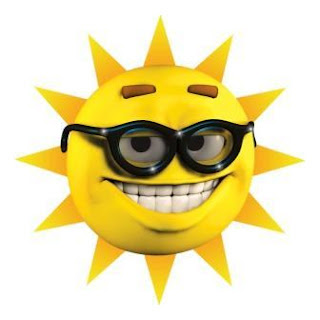 Is it merely wishful thinking to imagine that citizens might ever find forthright, relevant information about the real business of government: the lobbyist's activities, the spending, the accountability (or lack thereof) of bureaucrats?

Well, Nicole Gelinas has a stimulating article over at City Journal about an attempt in New York to realize that political ideal. It's Project Sunlight, a voter-information website that illuminates those very details of the political process usually well hidden from the public view. And, surprisingly enough, the genesis of the project comes from government!

Project Sunlight is the handiwork of Blair Horner, Cuomo’s advisor for public integrity, who long pushed good-government initiatives at the New York Public Interest Research Group before joining the AG’s office. The website features a brief video, “The Basics of New York State Government,” that would be better named “The Way Things Ought to Be.” In this videoland version of Albany, the governor and the state’s two legislative leaders don’t negotiate important bills behind closed doors and then present them as done deals to houses whose members vote in lockstep with leadership. Instead, each bill “is sent to a committee specializing in the subject matter,” such as labor or housing, where it’s subject to “hearings and proceedings,” and then, after getting through committee, is “debated by the full membership.”

Things haven’t worked like that in the capitol for a long time, perhaps ever, and Project Sunlight helps explain why. Through the power of its clearly presented data, the website shows how special-interest lobbyists, campaign contributors, and beneficiaries of pork-barrel spending dominate state government. Using the site’s search function, a visitor can type in, for example, “United Federation of Teachers,” and learn that the organization spent over $300,000 lobbying state government in the first six months of 2007. Or the visitor can browse lobbyists by industry—starting, say, with “health care” —and find out with a few mouse clicks and some simple arithmetic that the state’s biggest health-care union, Local 1199, has six separate lobbying accounts and spent a whopping $13 million during the same period. One can also sort bills by sponsoring legislator and find out which bills clients like 1199 lobbied to pass.

There’s more. The site enables constituents to look up each assemblyman or state senator and see how many “member items”—pork-barrel projects in his district—he pushed through during the most recent legislative session, and it identifies the beneficiaries of this taxpayer largesse, ranging from the Chinese-American Planning Council ($250,000) to Queers for Economic Justice ($2,000). The site also provides information on the sources of campaign contributions for statewide officials, from assemblymen and state senators to the governor himself...

Read the rest of this hopeful article here.
Posted by DH at 8:07 AM