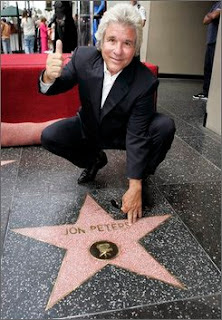 Peters, as you may know, is the fellow whose life was portrayed by Warren Beatty in the feature film Shampoo, detailing his rise from Barbra Streisand’s hairdresser/boyfriend to becoming the boss of Sony Pictures. Along the way, he's produced such lucrative film successes as A Star is Born, Caddyshack, Flashdance, The Color Purple, Rain Man, Batman, and Superman Returns.

However, his numerous failed marriages and other discontinued affairs may not be the only problems in his love life. Last year, for instance, Peters was sued for sexual harassment by a former personal assistant. That case will finally come to trial this spring.

But on Christmas eve of this year, Peters was again sued for sexual harassment -- this time by three different people.

One case involves a couple, Adriana and Andrew Silveira, who claim that Peters demanded that Adriana have an abortion in order for Andrew to keep his job. When the couple refused, Peters sent the husband an e-mail informing him that he was being fired. The other lawsuit was filed in behalf of Blanca Hernandez who claims that Peters sexually harassed her on a regular basis.

Isn't this kind of boorish behavior over-the-top even for Hollywood?
Posted by DH at 9:03 AM