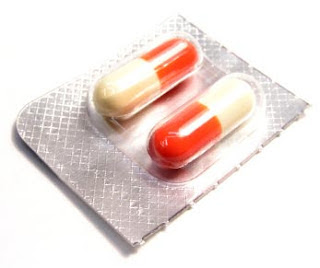 In this brief story in The Hindu, an Indian news service, Dr. Hema Divakar, Chairperson of the Federation of Obsteric and Gynecological Societies in India, decries the number of women who die each year because of legal but unsafe abortions. It is a sad and startling figure, to be sure, but the number she gives of preborn babies killed by abortions in India is much, much more so -- 11 million.

Dr. Divakar's purpose in talking about this overwhelming problem, however, is to promote emergency contraception methods. But, in doing so, she sneakingly spreads the usual misinformation about this powerful drug by denying its abortifacient properties.

The reporter goes along with the ruse and declares, "An Emergency Contraceptive (EC) can prevent pregnancy by over 80 per cent if taken within 72 hours of an intercourse...Clearing misconceptions associated with EC, [Dr. Divakar] said it was not an abortion pill and cannot abort a foetus once pregnancy is established."

But don't miss the trick employed by Dr. Divakar's statement.

Her use of the phrase "once pregnancy is established" refers, of course, to the zygote attaching firmly to the uterine wall. But that is not the historic (not to mention, scientific) definition of pregnancy at all.

Life begins at conception/fertilization. Anything that prevents the pregnancy from continuing after that point is not a contraceptive but rather an abortifacient.

And "emergency contraception" (like the birth control pill, Norplant, et al), though designed to be contraceptive is not always effective as such. "Breakthrough ovulation" does occur and, sometimes with it, the union of egg and sperm. However, when that happens, backup processes in these drugs inhibit the rapidly developing zygote from attaching to the life-sustaining womb, thus performing an abortion.

Dr. Divakar knows better. But for the cause of promoting abortifacient drugs, she is willing to engage in obfuscation and a deliberately deceitful use of language. And anything that requires a lie to sell...isn't worth buying.
Posted by DH at 6:25 AM