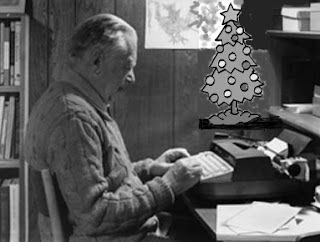 Blame it on the proofreader?

That's the story coming from Lowe's hardware stores whose new catalog tried to sell "family trees" instead of Christmas trees.

Frankly, it's awfully hard to believe that a major retail outfit like Lowe's releases it's most important sales pitch of the year without a very careful, very thorough, and very superintended vetting. And harder still when the apology and excuse didn't come until after catalog recipients let Lowe's know how ticked off they were at such an offensive (and silly) act of political correctness.

But okay; let's really stretch our credibility and accept Lowe's story that poor Mr. Grifolschticken from the Copy Editing Department slipped up and that he's to blame for the "family trees" fiasco. How does Lowe's explain then why the word "Christmas" was only used twice in a 56-page catalog selling...uh...Christmas stuff.

Thanks for the apology, Lowe's. But I still am going to do my shopping elsewhere this Christmas...and the rest of the year too.
Posted by DH at 10:12 AM