Robert Winnett and Rebecca Smith report for the Telegraph (U.K.) on the hotwire pronouncement of the science and technology committee of the British Parliament which has been running an inquiry into the nation's abortion laws. As the story fairly points out, the MPs in charge of the committee have decided there are absolutely no scientific reasons to justify supporting a reduction in the current 24-week limit for abortions.

Actually, they go much further, even suggesting that certain limits now in place be removed. For instance, the pro-abortion MPs argue that only one doctor should be required to give such authority for an abortion (Current law requires two.) Indeed, the MPs take the extreme position of suggesting that a nurse would be authority enough to give consent for an abortion.

And the MPs' report even argues for legalization of at-home abortions.

The Telegraph story further reveals the underhanded, secretive methods used to "develop" and pass this report -- standard operating procedures when it comes to pro-abortion tactics -- and the resultant steam being created by the outnumbered pro-life members of the committee. 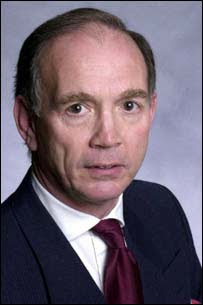 ...In an article in today's Daily Telegraph, Dr Bob Spink, the Conservative MP behind the minority report, describes the inquiry as "shameful" and its conclusions "laughable". [Spink's photo is at left]

"[The committee's] abortion report marks an untimely but sadly embarrassing end," he said. "It is simply laughable to compare the viability of aborted babies, who would almost all otherwise be born healthy, with babies who are sadly pre-term, usually indicating pre-disposing medical problems for baby or mother. But that is what the science committee report does."

Dr Spink and Nadine Dorries, another Conservative committee member who also supports the minority report, allege that the committee had made "selective use of evidence" and relied on an "incredibly biased list of pro-abortion witnesses". He claims that 10 international studies they had tabled had been overlooked.

Dr Spink said: "I will be arguing in Parliament for an end to the late abortion of healthy babies which have minor abnormalities, like club foot or a cleft palate. I will be arguing for a reduction from 24 weeks, for a tightening not relaxation of abortion laws, including resisting home abortions, the retention of two doctors' signatures, clear guidance on what constitutes serious handicap, and much more support for women who must make these heart-wrenching decisions."...

Dr Spink said Michael Martin had stopped publication of the committee's discussions over the report. "Those would have helped reveal the stupidity of Parliamentary secrecy," he said. "Unless I want to end up in the Tower, I must not comment on the report process; or even say how many amendments were tabled and how massive and convoluted some of them were, or how little they were considered as the report was railroaded through a committee, riven apart by a clear abuse of time-honoured process.

"The public are denied the facts, democracy is the loser," he added.
Posted by DH at 7:41 AM