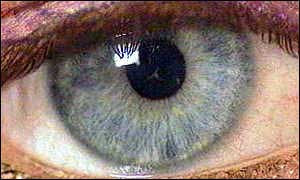 Eye surgeon Virendar Sangwan has perfected a procedure so cutting-edge that most who have tried it have failed. In an operating theater in the central Indian city of Hyderabad, he surgically implants corneas grown in a petri dish from stem cells by his colleague Geeta Vemuganti in patients with damaged eyes. Together they perform about 80 corneal regeneration procedures a year, making the L.V. Prasad Eye Institute where they work one of the most prolific facilities in the world using stem cells to regenerate tissue of any kind.

The Sangwan-Vemuganti team uses stem cells found in the tissues of living adults, not ones derived from embryos...

"It's impressive what they are doing at Prasad." In addition to the Hyderabad project, only Holland's program and a half-dozen others in the world conduct operations using corneas grown from stem cells.

The treatment uses stem cells harvested from the limbus, located where the cornea touches the white of the eye. For those with damaged corneas, these cells - called "limbic" and "conjunctiva" - are harvested from a patient's good eye, if he has one, or from a close relative.

They are placed in a petri dish and chemically tweaked to grow into the lower layer of a cornea, called the epithelium. It is then transplanted into the eye of the patient, where in most cases it takes hold and grows. In 56% of the cases at the Prasad Institute, patients could still see clearly 40 months later...

The rest of this Fortune magazine story (reprinted on the CNN website) is here.
Posted by DH at 4:33 AM