On Drowning Polar Bears and Other Green Myths 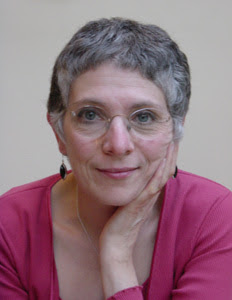 My friend, Stuart Cunliffe, over in Manchester, England tipped me to the blog run by Melanie Phillips (photo at right), the conservative British author, columnist and political cynosure. I'm most grateful he did and I'm pleased to pass on the recommendation. A good start is her entry titled, "The Green Inquisition" that I print below. But I think you'll find nearly all of her commentaries provocative and worthwhile. The new home for Melanie Phillips Diary is the Spectator (U.K.) and it's right here.

Thank goodness for David Bellamy. In a glorious piece in the Times, he rips into the global warming scam with unrivalled brio — and with deserved contempt and fury for those who have turned science into the enemy of reason and sought to suppress the truth through a campaign of vilification and intimidation. Over and over again he brings forward elementary facts which directly contradict or fatally undermine the misleading claims and sometimes totally bent predictions of man-made global warming catastrophe which masquerade as ‘research’.

One reason why these charlatans have got away with it until now is their claim of a ‘scientific consensus’ that the case for man-made global warming is now established beyond doubt. But as Bellamy observes: "...the self-proclaimed consensus among scientists has detached itself from the questioning rigours of hard science and become a political cause." 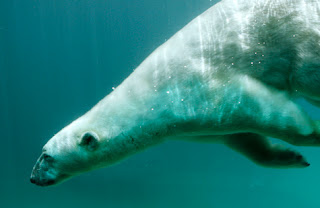 And in any event, this ‘consensus’ is as much of an illusion as Al Gore’s drowning polar bears: "A recent survey of Klaus-Martin Schulte, of Kings College Hospital, of all papers on the subject of climate change that were published between 2004 and February of 2007 found that only 7 per cent explicitly endorsed a ‘so-called consensus’ position that man-made carbon dioxide is causing catastrophic global warming. What is more, James Lovelock, the author and green guru, has changed his mind: he recently stated that neither Earth nor the human race is doomed."

World saved! The consensus argument is of course in itself absurd. Even if this famed consensus existed, it would prove nothing except the unlimited capacity of people to fall into line when their livelihoods are at stake. The ‘scientific consensus’ has been proved wrong over and over again; it was not long ago that it was proclaiming with the same certainty that the planet was about to freeze to extinction.

What matters is not that very grand people with lots of letters after their names all agree to a proposition, but whether that proposition is actually true. The priesthood of experts gets away with spouting undiluted bilge because people are easily intimidated by their aura of intellectual invincibility. But however arcane their area of expertise, whatever they say still has to correspond to the basic requirements of evidence, logic, consistency and rationality. In those areas, the judgment of ordinary people is as good as anyone’s. And that judgment (backed up by countless scientists whose voices have been all but drowned out) says we are being played for suckers. Green ones.

Also, while you're making your first visit to Melanie Phillips' blog, check out her entry on the superbugs being bred by hospitals and clinics unconcerned about efficient sterilization procedures. Scary stuff.