Bill Hybels: "We Made a Mistake." Seeker-Friendly Churches Messed Up 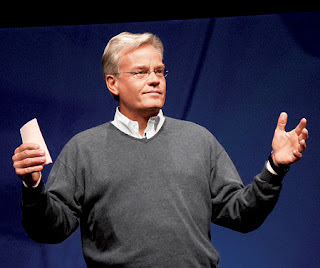 ...Willow Creek has released the results of a multi-year study on the effectiveness of their programs and philosophy of ministry. The study’s findings are in a new book titled Reveal: Where Are You?, co-authored by Cally Parkinson and Greg Hawkins, executive pastor of Willow Creek Community Church. Hybels himself called the findings “earth shaking,” “ground breaking” and “mind blowing.” And no wonder: it seems that the “experts” were wrong.

The report reveals that most of what they have been doing for these many years and what they have taught millions of others to do is not producing solid disciples of Jesus Christ. Numbers yes, but not disciples. It gets worse. Hybels laments:

"Some of the stuff that we have put millions of dollars into thinking it would really help our people grow and develop spiritually, when the data actually came back it wasn’t helping people that much. Other things that we didn’t put that much money into and didn’t put much staff against is stuff our people are crying out for."

If you simply want a crowd, the “seeker sensitive” model produces results. If you want solid, sincere, mature followers of Christ, it’s a bust. In a shocking confession, Hybels states:

"We made a mistake. What we should have done when people crossed the line of faith and become Christians, we should have started telling people and teaching people that they have to take responsibility to become ‘self feeders.’ We should have gotten people, taught people, how to read their bible between services, how to do the spiritual practices much more aggressively on their own." 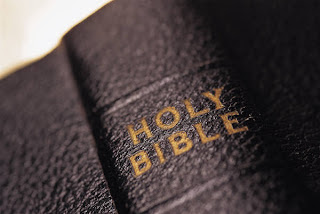 Incredibly, the guru of church growth now tells us that people need to be reading their bibles and taking responsibility for their spiritual growth.

Just as Spock’s “mistake” was no minor error, so the error of the seeker sensitive movement is monumental in its scope. The foundation of thousands of American churches is now discovered to be mere sand. The one individual who has had perhaps the greatest influence on the American church in our generation has now admitted his philosophy of ministry, in large part, was a “mistake.” The extent of this error defies measurement.

Perhaps the most shocking thing of all in this revelation coming out of Willow Creek is in a summary statement by Greg Hawkins:

"Our dream is that we fundamentally change the way we do church. That we take out a clean sheet of paper and we rethink all of our old assumptions. Replace it with new insights. Insights that are informed by research and rooted in Scripture. Our dream is really to discover what God is doing and how he’s asking us to transform this planet."

Isn’t that what we were told when this whole seeker-sensitive thing started? The church growth gurus again want to throw away their old assumptions and “take out a clean sheet of paper” and, presumably, come up with a new paradigm for ministry.

Should this be encouraging?

Please note that “rooted in Scripture” still follows “rethink,” “new insights” and “informed research.” Someone, it appears, still might not get it. Unless there is a return to simple biblical (and relevant) principles, a new faulty scheme will replace the existing one and another generation will follow along as the latest piper plays.

What we should find encouraging, at least, in this “confession” coming from the highest ranks of the Willow Creek Association is that they are coming to realize that their existing “model” does not help people grow into mature followers of Jesus Christ. Given the massive influence this organization has on the American church today, let us pray that God would be pleased to put structures in place at Willow Creek that foster not mere numeric growth, but growth in grace.

Read the entirety of Bob Burney's column right here.
Posted by DH at 9:03 AM