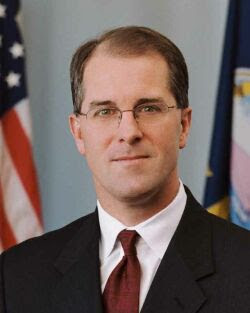 This piece from ABC News deals with Johnson County (Kansas) District Attorney Phill Kline and his attempts to make Planned Parenthood and other abortionists obey existing laws regarding health and safety standards, reporting of sexual assaults on minors, and so on.

But the story is a classic example of not only the predictable slant of the MSM towards abortion rights but of its paranoia of even the most prudent and practical regulations of the abortion industry.

And note the ironic title of the piece, Could One Man Influence Abortion Law? Uh huh; as if actions by one man (and one woman) judges striking down legislation, popular referendums and presidential actions haven't already influenced and, in fact, entrenched abortion practices.

An excellent protector of sheep, the wolf!
Posted by DH at 6:39 AM