Is California More Dangerous than Iraq? and Other Disturbing Questions 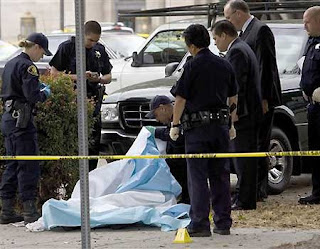 Victor Davis Hanson has a few alarming comparisons to make between Iraq and California...comparisons that make one more carefully ponder the issues of justice, the precarious nature of being human, media bias, and more. Very provocative reading.

As a fifth-generation Californian, I deeply love this state, but still imagine what the reaction would be if the world awoke each morning to be told that once again there were six more murders, 27 rapes, 38 arsons, 180 robberies, and 360 instances of assault in California — yesterday, today, tomorrow, and every day. I wonder if the headlines would scream about “Nearly 200 poor Californians butchered again this month!”

How about a monthly media dose of “600 women raped in February alone!” Or try, “Over 600 violent robberies and assaults in March, with no end in sight!” Those do not even make up all of the state’s yearly 200,000 violent acts that law enforcement knows about.

Iraq’s judicial system seems a mess. On the eve of the war, Saddam let out 100,000 inmates from his vast prison archipelago. He himself still sits in the dock months after his trial began. But imagine an Iraq with a penal system like California’s with 170,000 criminals — an inmate population larger than those of Germany, France, the Netherlands, and Singapore combined.

Just to house such a shadow population costs our state nearly $7 billion a year — or about the same price of keeping 40,000 Army personnel per year in Iraq. What would be the image of our Golden State if we were reminded each morning, “Another $20 million spent today on housing our criminals”?... 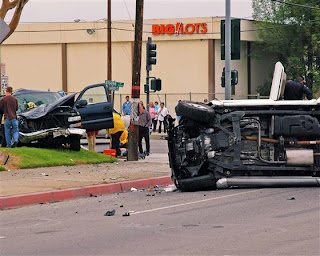 Every year, over 4,000 Californians die in car crashes — nearly twice the number of Americans lost so far in three years of combat operations in Iraq. In some sense, then, our badly maintained roads, and often poorly trained and sometimes intoxicated drivers, are even more lethal than Improvised Explosive Devices. Perhaps tomorrow’s headline might scream out at us: “300 Californians to perish this month on state highways! Hundreds more will be maimed and crippled!”...

We’re told that Iraq’s finances are a mess. Yet until recently, so were California’s. Two years ago, Governor Schwarzenegger inherited a $38 billion annual budget shortfall. That could have made for strong morning newscast teasers: “Another $100 million borrowed today — $3 billion more in red ink to pile up by month’s end!”

So is California comparable to Iraq? Hardly. Yet it could easily be sketched by a reporter intent on doing so as a bank rupt, crime-ridden den with murderous highways, tens of thousands of inmates, with wide-open borders.

I myself recently returned home to California, without incident, from a visit to Iraq’s notorious Sunni Triangle. While I was gone, a drug-addicted criminal with a long list of convictions broke into our kitchen at 4 a.m., was surprised by my wife and daughter, and fled with our credit cards, cash, keys, and cell phones.

Sometimes I wonder who really was safer that week.
Posted by DH at 3:04 PM