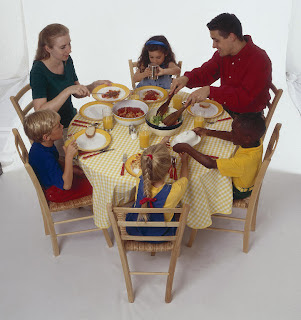 Were you aware that today (September 24, 2007) has been designated National Family Day by presidential proclamation?

In his proclamation, President George W. Bush wrote: “Families are the cornerstone of our nation. On Family Day, we underscore our dedication to strengthening America’s families and recognize the importance that the bonds between parents and children hold for the future of our country.”

As an example of just how true these sentiments are, the World Congress of Families reminds us that a recent study suggests that compared to 12 and 13-year olds who have five or more family dinners in a week, those in the same age group who do not have the same bonding experience are: six times more likely to have used marijuana; more than four and a half times likelier to have used tobacco; and more than two and a half times likelier to have used alcohol.

Larry Jacobs, Global Coordinator of the WCF, comments: “Other studies show that children who have strong bonds with their parents are also far less likely to engage in adolescent sex or criminal activity. They do better in school, are involved in more extracurricular activities and are more likely to stay in school and graduate – and to form stable families themselves.”

“There’s no substitute for the family,” Jacobs concluded. “It doesn’t take a village to raise a healthy child. That’s the mission of the natural family.”
Posted by DH at 2:29 PM