First it was Abortion; Now Amnesty International Includes "Homosexual Rights" as a Priority 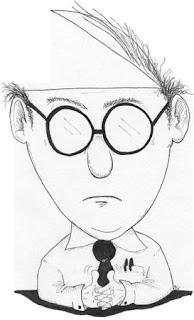 With coerced abortion, political repression, torture, forced conversions, tribal violence, corrupt regimes, religious and racial persecution, and more requiring AI's sustained attention, the organization is frittering away its resources (and reputation) as it concentrates instead on breaking down traditional sexual standards.

Below is Peter J. Smith's report.

After enshrining abortion as a human right in its humanitarian mission, Amnesty International has now stepped up its campaign to target nations that criminalize sodomy as grave violators of human rights, beginning with Nicaragua.

Last week Amnesty International through its affiliates orchestrated international protests outside Nicaraguan embassies and consulates in Germany, Canada, Chile, Iceland, Mexico, Paraguay, Sweden and Taiwan, demanding the repeal of Nicaragua's sodomy ban. "Article 204 contradicts numerous provisions in international human rights law," said an Amnesty press release. It added that Nicaragua's law, "clearly violates all these articles as well as the provisions of other human rights instruments that Nicaragua has ratified on sodomy."

Nicaragua has criminalized sodomy since 1992 under Article 204 of Nicaragua's criminal code, which stipulates that "anyone who induces, promotes, propagandizes or practices sexual intercourse between persons of the same sex commits the crime of sodomy and shall incur one to three years' imprisonment."

Nicaragua remains one of the last Latin American countries to criminalize homosexual behavior, and is familiar with bullying tactics used by Amnesty and other international groups intent on destroying its pro-life and pro-family laws and culture.

The predominantly Catholic nation passed a total ban on abortion in all circumstances in 2006 and has endured mounting international pressure from the United Nations and pro-abortion nations resolved to make the government reject the pro-life will of its people.
Posted by DH at 8:39 AM