That Rarest of Birds, the White-Breasted Pro-Life Democrat 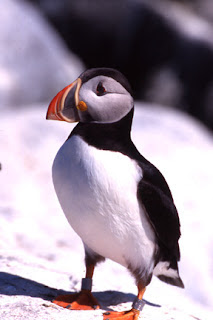 Is there really such a thing as a pro-life Democrat politician any more? And, if so, do we need a Jim Fowler to take us back into the lonely wilderness to see how such a rare bird lives?

Well, maybe not. For as scarce a creature as the pro-life Democrat politician is, Tom McFeely has found a few of them in Washington. They're flying low, no doubt about it, and they're often flying into dangers set up by their own party, but they are there and Mr. McFeely describes their plight in this very interesting article in the National Catholic Register.

So what is it like serving as a pro-life Congressional Democrat in the current Democrat-controlled Congress?

“We’re back in the majority,” said Rep. Bart Stupak of Michigan, the Democratic co-chairman of the Congressional Pro-Life Caucus. “And now suddenly the fact that I’m a pro-life Democrat … it’s back to making life real difficult for me, let’s put it like that.”

Stupak said that he has been punished for his views. Language that he sought to have included in a couple of recent bills, on matters unrelated to pro-life issues, was stripped from the bills, without any explanation being given to him. Said Stupak, “A couple of people have told me it’s because I have pro-life views, some of the pro-choice committee chairs and subcommittee chairs – no matter how reasonable the language was – will not help me.”

According to Stupak [photo at left], he faced similar problems after being first elected to Congress in 1992, during the last period that the Democrats controlled the House. He says the party leadership at the time blocked him from serving on the Energy and Commerce committee, because it oversees the subcommittee that deals with abortion-related legislation... 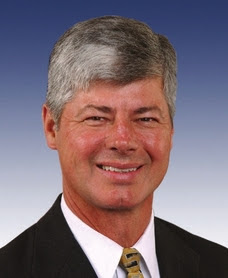 Stupak said he coordinates “all the time” with Chris Smith about pending bills and other areas where joint action can advance the pro-life cause. As well, the Democratic members of the Congressional Pro-life Caucus meet regularly among themselves and periodically caucus together with the much larger contingent of pro-life Republicans. Stupak said that there are around 30 pro-life Democrats who participate in the pro-life caucus.

The bipartisan caucus also sponsors educational seminars to raise awareness of pro-life issues among all congressmen. “One we did a few years ago that I thought was quite successful was Silent No More, with ladies who had abortions in their youth and the pain they feel,” he said. “We try to make members – both ‘life’ and ‘choice’ members – aware of some of the issues.”...

Pro-life Democrats comprise a significant minority among the 232 Democrats in the House. According to David O’Steen, executive director of National Right to Life, the number of reliably pro-life votes is in the upper teens, ranging as high as the upper 30s on some pro-life issues. Along with Stupak, O’Steen named Collin Peterson and Jim Oberstar of Minnesota, Mike McIntyre of North Carolina, Lincoln Davis of Tennessee, and Alan Mollohan of West Virginia, and Gene Taylor of Mississippi as some of the leading Democratic pro-lifers in the House.

In contrast, according to National Right to Life’s tracking of Senate voting records, there is only one reliably pro-life Democratic Senator: Nebraska’s Ben Nelson...
Posted by DH at 11:56 AM