Global Warming: Are The "Cures" Worth It? 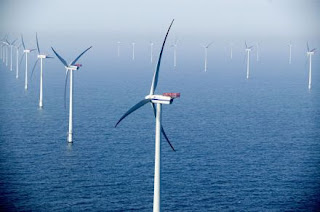 In case you missed it, here is a link to Michael J. Economides' trenchant Human Events column from last week entitled "Propaganda as Journalism." It's a good one.

...I am not a climate expert and I am perfectly willing to accept that global warming is happening. But the writer, Sharon Begley, did not even bother to really distinguish between global warming, an occurrence that has demonstrably happened over and over again in earth’s history, something that the climate experts are debating, and the politically loaded anthropogenic part. Make no mistake. The latter is far more salient to the Gores of the world and it is an undisguised, ideologically driven, full frontal attack on American and developed world lifestyles and the energy industry.

Had the writer attempted even remote due diligence, just by asking some of the 800 “authors” of the IPPC report to produce just one reference, she would discover that there is not one paper in the peer reviewed heat transfer or thermodynamic literature that shows the causal relationship between the presumably observed and, especially, forecasted global warming and the increased CO2 at the 300 parts per million levels. Correlation does not prove causation. That’s what I thought until now. I am even willing to accept that global warming can cause enhanced CO2 in the atmosphere by reducing the solubility of the gas in the oceans. But the other way around is what is at issue...

...First, oil companies should love the rhetoric of global warming. They would be watching with glee. If the public is conditioned to believe in alternatives such as wind at $200 per barrel of oil equivalent or solar at $1,000, if taxes are supposed to force conservation while the public uses more and more energy, guess what gift is handed to those that manage oil and gas. The reason we use those energy sources is not because of some ideological propensity. They are the easiest and cheapest to use. The profits margins of oil companies will soar in a preposterously legislated remedy-global-warming future. Environmentalist silliness will strengthen the presumed devils all the while preventing the market to develop into real technologies and alternatives. Solar and wind will never do that.

Second, while slogans and magazine articles lament what they consider to be a looming catastrophe, other than saying oil, gas and coal are bad for you, they are not really suggesting what else can be done because if they did they would quickly find the insurmountable costs. Unless committing economic suicide is what’s in their mind. If the recent virtual economy hiccup can cause the problem that it did, imagine what a forced energy supply disruption will mean for the world...
Posted by DH at 10:00 AM