Rush Gets the Last Laugh in Baltimore 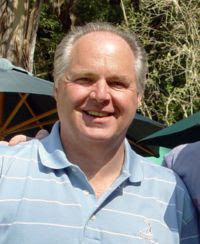 The Radio Equalizer (veteran talk-show host, commentator and blogger, Brian Maloney) comments on the silly "mistake made by Baltimore's WBAL-AM, which foolishly purged Rush Limbaugh from its schedule just over a year ago. Outright handing the talk titan to 'BAL's competitor, the longtime market leader immediately began a ratings slide that shows no signs of easing up.

Instead of first place, where it previously resided, the station has fallen to sixth in new ratings released on Friday. From a 6.9 market share for listeners 12 and older a year ago, it has dropped to a 4.5. WCBM- AM, which happily accepted Rush's show, has climbed from 2.7 to 3.3 during the same period...."
Posted by DH at 11:52 AM