How the "Emergent Church" Endangers the Free World 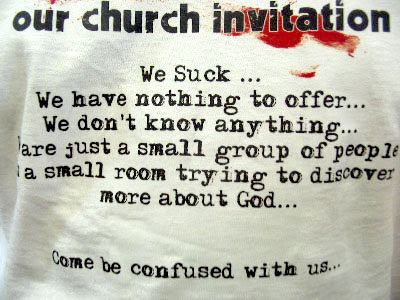 An overstatement? Read this Frank Pastore column before you dismiss the connections he observes. True, it is a hard-hitting, uncomfortable read but only because he dares to believe that ideas have consequences. And his conclusions, you'll see, make plenty of sense.

The ideas in this case are those coming from the so-called "emergent church" involving, as Pastore describes them, "feelings over thoughts, the heart over the head, experience over truth, deeds over creeds, narratives over propositions, the corporate over the individualistic, being inclusive rather than exclusive."

And the connection he makes (a neglected one, but nevertheless quite rational and relevant) is how this de-valuing of truth affects United States foreign policy, the future of Israel, and the domination schemes of an intolerant and militant Islam.

That’s why anything that helps to further separate the West from its Biblical roots ultimately weakens the resolve of the West to fight. Anything that helps the ACLU to further de-Christianize America, to further silence the Christian voice like the current hate-crimes legislation or the fairness doctrine, and to further weaken the Church and devalue the Bible as the religious left has done for decades, are things that empower our enemies and weaken our allies.

A post-Christian, post-modern, secular-socialist America will be no match for a radical Islam fueled by petro-dollars and threatening the use of nuclear weapons...

Read the rest of this important Frank Pastore column here.
Posted by DH at 10:52 AM