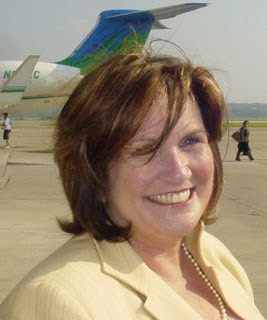 In the face of the immense and horrifying global warming crisis that threatens to destroy us all (any day now), Elizabeth Edwards will...ahem...no longer eat tangerines.

Edwards was in South Carolina campaigning for her husband's hopes to win the Democrat nomination for President when she made this unusual pledge.

"We've been moving back to 'buy local,'" Mrs. Edwards said, outlining a trade policy that "acknowledges the carbon footprint" of transporting fruit. "I live in North Carolina. I'll probably never eat a tangerine again," she said, speaking of a time when the fruit is [sic] reaches the price that it "needs" to be.

That last clause refers to the belief held by many environmentalists that raising the prices of transported goods can somehow "pay for" the damage to the planet from the carbon emissions of trucks, planes, trains, barges and just about anything else that isn't horse-drawn.

One wonders, of course, how Mrs. Edwards will follow up her strange promise. No more raisins, rainbow trout or Milk Duds? Is she going to be slaughtering her own chickens and pigs? And what of her husband's hair care products? Are they all produced in her home town and require just a boy on a bicycle to drop them off at the house? Indeed, what of the role of transport in virtually all other consumer goods and services in our complex and oh-so-global economy? 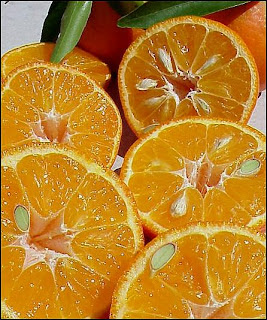 And then there's personal travel for such things as business, vacations and booking around the country trying to get your husband into the White House.

No, Mrs. Edwards' "tangerine moment" simply represents another of the illogical, unworkable, and hypocritical examples of trying to be "greener than thou" that are cropping up all over the place. And perhaps as people see what egoism and sheer goofiness marks this new "green consumerism" -- as well as the lack of scientific validity behind the global warming scare itself -- political discourse about practical, responsible environmentalism can make a comeback.

Oh, by the way, Mrs. Edwards' husband, a bit more politically astute than Elizabeth, quickly realized how dumb it was to start offending all the voters who work in food transport, let alone the voters who still want to drink orange juice or eat shrimp or suck on Tootsie Roll Pops.

Asked about her comment immediately after the event, John Edwards avoided the question twice, then said he isn't sure. "Would I add to the price of food?" he asked. "I'd have to think about that."
Posted by DH at 7:58 AM