After Visiting Iraq, A Couple of Anti-War Journalists Are Reconsidering Their Views 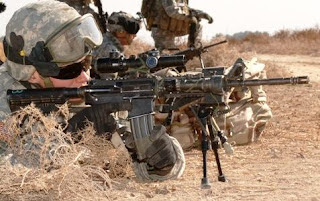 It may be too little, too late (as is par for the MSM when it finally faces up to certain truths) but a couple of liberal journalists who have been sharply critical of the war in Iraq are singing a different tune after a recent visit to the area. And, more surprising still, the piece is printed in the New York Times. Here are the first couple of paragraphs:

Viewed from Iraq, where we just spent eight days meeting with American and Iraqi military and civilian personnel, the political debate in Washington is surreal. The Bush administration has over four years lost essentially all credibility. Yet now the administration’s critics, in part as a result, seem unaware of the significant changes taking place.

Here is the most important thing Americans need to understand: We are finally getting somewhere in Iraq, at least in military terms. As two analysts who have harshly criticized the Bush administration’s miserable handling of Iraq, we were surprised by the gains we saw and the potential to produce not necessarily “victory” but a sustainable stability that both we and the Iraqis could live with...
Posted by DH at 10:07 AM