Why Is Bruning Running Against Hagel? 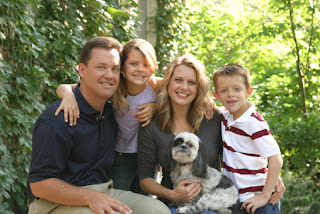 ...I don't take this lightly. I don't like the idea of a primary fight. But I'm not the one that left the Republican Party. I'm right where I was at the beginning of this thing. Hagel is the one who has turned hard left. And not just on the big issues. He voted with the Democrats on Iraq, which is just very frustrating. He's voting with a mixed coalition that includes the President on immigration, which I think is a very bad bill.

But even though I disagree with the President, I'm not going to call for his impeachment on that. I think it's a bad bill. If I was in the Senate I would go down the street and say "Mr. President, I disagree with this bill, and I can't support it." But I wouldn't demagogue the issue, and it's kind of embarrassing when someone talks of impeachment. And he voted for this silly resolution of no confidence against Attorney General Gonzales.

Hagel is just gone, in terms of everything. You'll find that even on the little votes now, Hagel will stick it to his own party. That kind of disloyalty doesn't go unnoticed. The other Republican Senators are very frustrated with him...

As are many Nebraska voters.

Here is the Patrick Ruffini column exploring this extremely interesting situation. And here is yet more information about the candidacy of Mr. Bruning from his Senate campaign website.
Posted by DH at 9:58 AM