Why Do We Settle For Inferior Goods? 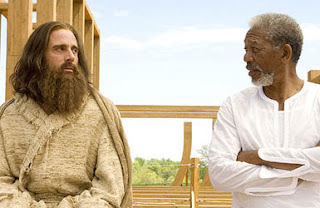 Not everyone buys into the prevailing entertainment philosophy among American Christians that approves of...say, books, TV shows or feature films only because they are somewhat "better" than other offerings. This argument suggests, for instance, that we applaud Hollywood whenever it makes a movie that is kinda' decent, that doesn't offend as much as the normal stuff the industry produces.

It's a "holiness by comparison" philosophy but one that is terribly flawed at the outset because the standard of comparison is a negative one. In this view, one determines his practical standards not by the timeless teachings of Scripture ("whatever is true, whatever is honorable, whatever is right, whatever is pure, whatever is lovely, whatever is of good repute," Philippians 4:8) but rather by the practices of the decadent culture which surrounds him. I watch this TV program (despite its "limited" profanity, immorality and godlessness) and think myself okay in the righteousness department because, after all, I'm not watching the TV programs that are much worse. You know how it works.

But again, it is a holiness philosophy that is quite upside down.

Why settle for the inferior when the excellent remains at hand? Why must we slavishly accept whatever schlock Hollywood gives us when there are options that yet strive for the ideal? Must our passions for novelty and diversion and excitement and escapism always land us in the lap of producers, publishers and network executives that have no honor for traditional values, let alone love for God?

No, we still have choices -- classic works that are full of imagination, adventure, romance, inspiration and humor without being debased by modernity's sins. We do not need to settle for the inferior.

But the first steps toward a biblical reform of our entertainment habits and philosophy involve a rejection by Western Christians of their intellectual laziness and their sad indifference to the Bible's exhortations about holiness. We must submit to Christ's lordship over all of life, including what we wear, how we spend their money, and how we direct their minds. We must get over being patsies for the paltry, not to mention the perverse and instead joyfully pursue the right, the lovely and the honorable.

It is in this light that I appreciated James Dobson's mildly contrarian comments on the new film, Evan Almighty, which he believed important enough to publish on the Focus on the Family website, even though his "Plugged In" reviewers gave the film a hearty endorsement.
Posted by DH at 12:23 PM