This Just In: Journalists Lean Left 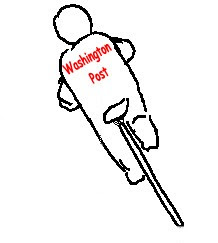 Bill Dedman, investigative reporter for MSNBC.com, published a story today that documents, through Federal Election Commission records, the political contributions of 144 journalists from 2004 through the start of the 2008 campaign. The facts show: 125 journalists gave to Democrats and liberal causes while only 17 journalists gave to Republicans; another 2 gave to both parties.

In response to the report, MRC President Brent Bozell issued the following statement:

“This story re-confirms what we’ve been documenting for years—that most of America’s newsrooms are infested with liberals and that this mindset, in countless ways, spills over into the news coverage, producing liberally biased news stories on a variety of issues: Iraq, taxes, immigration, government, culture, the arts. You name it.

“The people controlling the content of the news and feeding it to the public are mostly ardent liberals who are spinning their stories with one hand and writing checks for the DNC and Moveon.org with the other hand. It is a liberal media culture and they cannot be trusted to give Americans a fair presentation of news and the issues...

Here's the rest of this story from Media Research Center.
Posted by DH at 11:59 AM