The Good News from Iraq? It Goes Unreported by an Agenda-Driven MSM 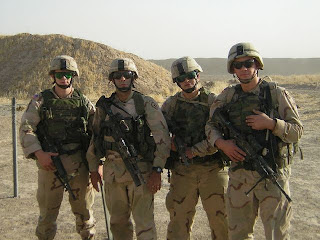 ...If things continue to go as they began this week on Operation Arrowhead Ripper, there will be major successes against Al Qaeda and their affiliates in Baqubah and Diyala province. In Al Anbar, the Marines and their Sunni allies will continue the process of building new police stations and bringing security to neighborhoods once dominated by Al Qaeda. And in Maysan province, Iranian-supported Shiite militias will continue to get rolled up by U.S. and British Special Operations units. But little of that -- other than the inevitable casualty figures -- will be worthy of being called "news" by the potentates of the press.

Instead of good news from the war zone -- the masters of our media have decided to feed us a steady diet of bad news from a different battlefield -- Washington. And to do so, they have had to scrape the bottom of every political barrel they can find...

Here's the rest of this important Oliver North column.
Posted by DH at 11:25 AM