Confucius Say: Crack Down on Christianity in China 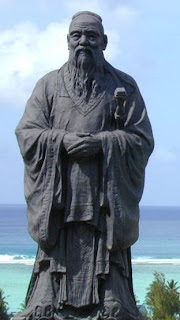 In recent years, Confucianism has been making a steady comeback in China. After decades of effort to destroy the ideology and its institutions, even the Communist party-state has "endorsed" Confucian ideas and drawn on them in its political slogans. Chinese people also seem to have a growing interest in applying Confucius' teachings to resolve social problems.

For more on this phenomena, here is a series of brief reports from Forum 18.
Posted by DH at 2:41 PM