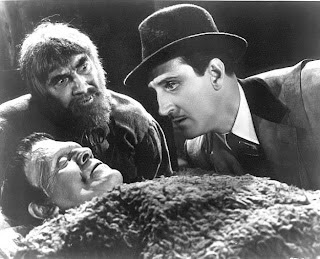 Here's the Guardian (U.K.) story detailing the British government's remarkable reversal regarding the creation of "hybrid" embryonic beings for the purposes (for now) of experimentation. Dropping the ban on such schemes they had established (just last December!), the government has now given permission for scientists to pursue three ways of making their own version of life: 1) designing a chimeric embryo by injecting cells from an animal into a human embryo; 2) creating a transgenic embryo through injecting animal DNA into a human embryo; and 3) making a cytoplasmic hybrid by transferring the nuclei of human cells into animal eggs from which most all the genetic material has been removed.

Stephen King, eat your heart out.

The modern attitude of scientists disregards God, moral absolutes, and the sanctity of human life. Indeed, modern scientists refuse to acknowledge any moral limits whatsoever. "If we can do it, we will do it!"

But as Francis Schaeffer suggested, "He is there and He is not silent." The Bible puts it even more dramatically, "Do not be deceived, God is not mocked; for whatever a man sows, this he will also reap." (Galatians 6:7) Remember the Tower of Babel? The flood?

Thus, the scientists who want to genetically "mix and match" animals with humans for experimentation do so at the extreme peril of their own souls. But God's displeasure is also targeted at the politicians who sanction such Frankensteinian horrors, the businessmen who encourage them and the society at large who allows them to continue without principled protest.
Posted by DH at 12:26 PM