Selling Sex: The Consumers Are Getting Younger All The Time 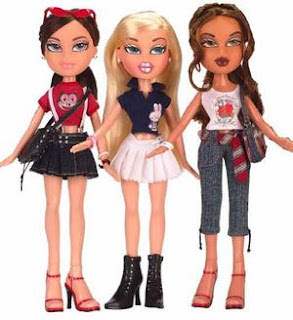 Parents have long expressed concern that their daughters are being “sexualized” by merchandise and mass media.

Sex sells, and it is increasingly being used to market clothing, toys and entertainment to young girls.

But is society selling these girls short? What are the long-term implications of teaching a child that she must look and behave like a sexual object to be fashionable or popular?...

This National Catholic Register article goes on to discuss the answers to these questions as given by recent studies done by the American Psychological Association as well as comments from the Population Research Institute's Joseph D’Agostino, John Paul II’s 1994 Letter to Families and his 1981 Apostolic Exhortation, “Familiaris Consortio,” and others.
Posted by DH at 10:06 AM