Oh, Those Bumbling, Stumbling But Ever Rumbling Democrats! 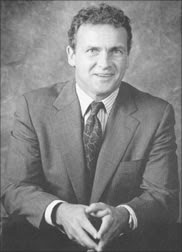 ...According to the Gallup Poll, the Democratic Congress's approval rating has declined from 37% to 33% in mid-April, thence to 29% in mid-May. That rating places the Democrats below the approval rating of the hellish President George W. Bush, and at least he has invested some of his political capital in large things, for instance Social Security reform and two wars. The Democratic leaders have achieved nothing other than raising a cloud of gloom over Capitol Hill...