Talking Points That Aren't Being Talked About Regarding Gardasil and HPV 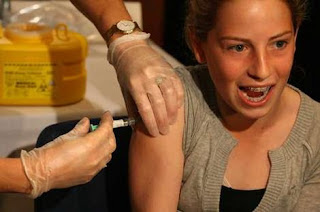 “Have you heard? Cervical cancer is caused by a virus? I didn’t know that”

You’ve probably seen the commercials. What you still don’t know at the end of the commercial is that the virus, the human papillomavirus (HPV) can only be transmitted through sexual activity. Watching the commercial, you’d get the impression that any woman could “catch” cervical cancer the same way she catches a cold.

The commercials are promoting a vaccination called Gardasil. Introduced last year by drug manufacturer Merck, Gardasil apparently protects uninfected women against contracting certain strains of the HPV virus, which can in some cases lead to cervical cancer. Now, state after state is introducing legislation requiring the vaccination of girls as young as nine. Yes, you read that right – nine years old.

The vaccine costs $360 per woman immunized -- $120 per injections, three injections necessary over a six month period. All of the legislation I’ve seen mandating the vaccination calls for government to bear the cost of the programs, at a cost of millions upon millions of dollars of taxpayer money.

None of which I would have a problem with if I could see some enormous medical benefit. But I don’t.

I don’t even know where to begin with my objections to this program. First of all, there are the side effects. According to Vicky Debold of the National Vaccination Information Center, "Young girls are experiencing severe headaches, dizziness, temporary loss of vision and some girls have lost consciousness during what appear to be seizures."

And what about the long-term consequences? There have been absolutely no long-term studies on the safety of this vaccination. No one has any idea what the impact could be – especially when the vaccine is given to young, still-developing girls. 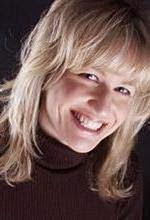 Remember Thalodimide and DES? Both medications were given to women in the 1950’s and beyond. Both led to tragic birth defects in those women’s children. Some of those side effects (deformation or complete absence of limbs, etc.) were apparent relatively soon. Others (including a rare form of vaginal and cervical cancer in the daughters of women who took DES) didn’t show up for an entire generation.

Why on earth would we take these kinds of risks with our daughters?..

Read the entirety of Mary Beth Bonacci's probing article right here.
Posted by DH at 6:49 AM