SCOTUS Decision Is Bad News for the Party of Abortion 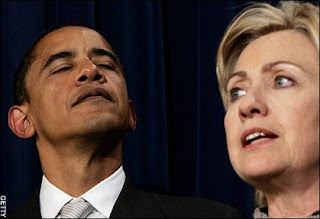 Pat Buchanan argues that the most momentous effect of the Supreme Court's upholding of partial-birth abortion bans will come in the upcoming national elections...and that, he says, makes for very bad news for Democrats.
Partial birth abortion is a grisly and revolting procedure.

An unborn baby is brought halfway out of the birth canal, then has scissors rammed into its skull and its brains sucked out for easier passage. Sen. Pat Moynihan called it "infanticide." Seventeen Senate Democrats defied the feminist fanatics to vote to outlaw it.

Now the Supreme Court, five to four, agrees that outlawing this barbaric method of aborting an unborn child does not interfere with what has been for 34 years a woman's constitutional right to rid herself of an unwanted child.

This is being hailed as a victory for President Bush and the pro-life community. And it is, though outlawing the procedure only means that if a woman, late in her pregnancy, wishes to be rid of her unborn baby, she and her abortionist now have to find a nicer way to kill it.

The partial birth abortion ban is a little like the state outlawing the beheading of innocent people, while approving of their execution by more humane means. While the ban is most welcome, it remains but a limited victory for those who believe in the sanctity of all human life.

Politically, however, the court decision is portentous, and bad news for Democrats in 2008. For several reasons...

Want to learn just what those reasons are? Here's the rest of Buchanan's column.
Posted by DH at 3:02 PM