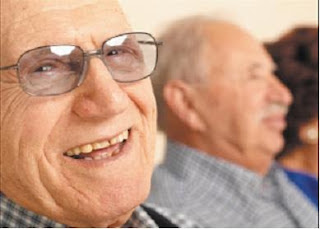 The cells were given intravenously to patients who had a heart attack within the past 10 days, researchers said. The hearts of those who got the cells pumped 25 percent more efficiently both three months and six months after treatment, according to research presented today at a science meeting.

The study, using adult cells gathered from bone marrow, is the first to transfer stem cells from donors to heart patients. Since an IV line delivers the cells, rather than a complex heart procedure, ``they could be given at a community hospital'' rather than an academic center, said Marc Penn, director of the Bakken Heart Brain Institute at the Cleveland Clinic.

`It's very exciting, perhaps a sea-changing trial for the field,'' said Penn, who was not involved with the study and has no relationship with Osiris. Because the cells don't come from the patients themselves, they can be made in large batches ``offering the chance for an off-the-shelf product,'' he said.

Two-thirds of 53 patients in the study, reported at the American College of Cardiology meeting in New Orleans, got stem cells. The others got a look-alike solution. Patients who didn't get the cells were four times more likely to have problems with irregular heartbeats and five times more likely to have premature contractions, the research found...

Read the entirety of this Bloomberg.com news story right here.
Posted by DH at 1:23 PM