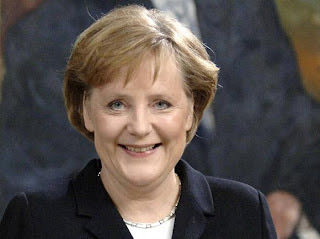 Pope Benedict strongly criticized the European Union on Saturday for excluding a mention of God and Europe's Christian roots in declarations marking the 50th anniversary of its founding.

In a toughly-worded speech to European bishops, Benedict said Europe was committing a form of "apostasy of itself" and was thus doubting its own identity.

The Pope, who like his predecessor John Paul often calls for a mention of God and Christianity in the European Constitution, said leaders could not exclude values that helped forge the "very soul" of the continent...

...One of the Pope's compatriots, German Chancellor Angela Merkel, aims to relaunch the EU constitution and last month made a plea for the bloc to include references to Christian roots. Plans to include such a reference in the original EU treaty, rejected by French and Dutch voters in 2005, were blocked by French President Jacques Chirac.

Merkel, as holder of the EU's rotating presidency, is now in the process of reviving the constitution. Comments from Merkel, the daughter of a pastor, have encouraged religious leaders around Europe to redouble efforts to modify the constitution...

Here's the Reuters story on this interesting development.
Posted by DH at 1:04 PM