Are Environmentalists Engaging in "Immoral Eco-Imperialism"? 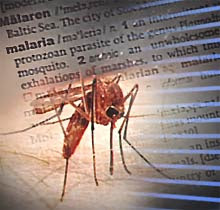 ...A year ago, the USAID and World Health Organization finally began supporting DDT use once again. But ED, Pesticide Action Network and other agitators still promote ridiculous anti-DDT themes on their websites, claiming for instance that it is "associated with" low birth weights in babies and shortened lactation in nursing mothers.

Even if true, notes Uganda's Fiona Kobusingye, these risks "are nothing compared to the constant danger of losing more babies and mothers to malaria." She speaks from bitter experience. She’s had malaria at least 20 times and lost her son and two sisters to the disease, which also claimed a fifth nephew just last week.

"How can US environmentalists tell us we should be more worried about insecticides than about malaria?" she asks. "Their attitudes are immoral eco-imperialism – a crime against humanity."

None of these pressure groups has ever apologized for their disingenuous campaigns or atoned in any way for the misery and death they helped perpetuate –much less been held accountable. They won’t even promise to be more honest in future campaigns and fund-raising appeals...

Read the entirety of Paul Driessen's column (and it's a very good one) right here. Also, over here is a more detailed piece about DDT and malaria written by Mr. Driessen last summer.
Posted by DH at 9:19 AM