The Breakdown of the Black Family 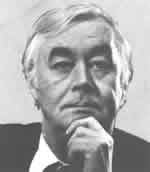 Though progressive intellectuals branded Daniel Patrick Moynihan a racist when he issued his famous 1965 report on The Negro Family, the evidence continues to mount that he was absolutely right to have sounded the alarm about the baleful consequences of the breakdown of black family life. The latest evidence vindicating Moynihan's prescient report appears in a study recently published in the Journal of Marriage and Family by researchers at the Universities of Washington and Michigan. Based on national probability data collected for African Americans ages 15 to 54 between 1990 and 1992, this new study clearly indicates that blacks who lack the protection of wedlock are particularly exposed to financial and psychological distress.

In their overall analysis of the data, the Washington and Michigan scholars reach an unsurprising conclusion: "As predicted by the process of social stress theory, financial strain and traumatic events had adverse effects on mental health status." But more careful parsing of the data reveals that not all African Americans are equally vulnerable to stress, trauma, and psychological malaise. "Compared to married [African American] individuals," the researchers conclude, "unmarried persons report both more financial strain and traumatic events, more negative interactions with relatives, and more depressive symptoms."

The finding that unmarried blacks are subject to more financial strain, more traumatic events, and more depression than married peers would hardly have surprised Moynihan. And the finding that unmarried blacks experience distinctively more negative relationships with their relatives than do married blacks casts serious doubt on an argument often advanced by progressives who discounted Moynihan's report. For that finding undercuts the argument that black extended families have compensated for the disappearance of intact black nuclear families. It would appear that even in their relationships with their extended families, divorced and never-married blacks are significantly worse off than their married black peers...

(Source: Karen D. Lincoln, Linda M. Chatters, and Robert Joseph Taylor, "Social Support, Traumatic Events, and Depressive Symptoms Among African Americans," Journal of Marriage and Family 67 [2005]: 754-766.) Thanks to World Congress of Families for this information.
Posted by DH at 4:21 PM