George Verwer: Let's Not Give Up the Fight Against Abortion 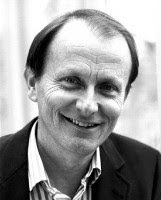 A recent e-mail from Randy Alcorn alerted me to the fact that George Verwer, the missionary hero who started the organization Operation Mobilisation, has begun to put a high priority on the defense of the sanctity of human life. That's terrific news and we are really grateful to hear it. Below I print the comments Mr. Verwer has put on the front page of his website:

Some estimates put the number of children who have been aborted at 500 million. The numbers are staggering, and in many ways I would rather ignore them. But I know that I cannot. I confess, when my close friend Dr. Francis Schaeffer decided to put so much effort into the pro-life movement towards the end of his life, I thought he had gone a little extreme. I no longer feel this way, and repent of my own inaction. In some countries there are more abortions than births, and the laws in some nations allow abortion until the day before birth. How can this be?

With so much abortion taking place, let us not consider it a lost cause and give up. No, many battles have been won, and every battle is a victory; every saved life a real person. I believe that there are thousands alive today who otherwise would not have been without pro-life action. Are not these saved lives worth the effort? Yes, they are!

So let us be people of vision, action and especially grace - grace for the mothers, for those in the pro-choice camp, and for fellow Christians who disagree. Recommended reading: Why Pro Life? by Randy Alcorn.
Posted by DH at 1:47 PM