America's Team It Is Not 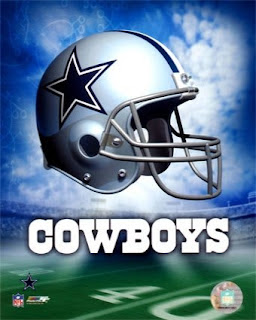 I just caught these quick op/ed comments that Matt Abbott wrote for Catholic Online. It gives the sports fan a more serious reason to root against the Dallas Cowboys than just the presence of Terrell Owens.

...The Dallas Cowboys Football Club is, sad to say, a supporter of Planned Parenthood, the nation’s largest provider and promoter of abortion. This according to Life Decisions International (www.fightpp.org).

Now, I don’t put the blame on the entire team for supporting Planned Parenthood, but I do blame Cowboys owner Jerry Jones, who, according to the Republican National Coalition for Life (www.rnclife.org), contributed several thousand dollars to the abortion giant in 1998.

Life Decisions International confirmed to me that “[t]he Dallas Cowboys Football Club is still a boycott target due to its support of Planned Parenthood. Sounds like a major fumble to us.”

Perhaps you would like to personally ask Mr. Jones to discontinue the Dallas Cowboys' promtion and support of the nation's largest abortion abortionist. If so, you can write to:
Jerry Jones
Dallas Cowboys at Cowboys Center
One Cowboys Parkway
Irving, Texas 75063-4727
or use this contact page to send along an e-mail.

I suggest that your note be a simple, polite request like the one I sent:

Perhaps you are unaware of the devastating effects wrought by Planned Parenthood, especially in their aggressive (and extremely profitable) businesses of surgical and chemical abortion. Real kids who could grow up to be Cowboy fans are being killed by the thousands in Planned Parenthood abortion centers every day. Even more are callously destroyed by Planned Parenthood's sales of abortifacient chemicals.

It is something much more perverse than mere "unsportsmanlike conduct" -- it is tragic, senseless violence against the most defenseless of all human beings.

Please reconsider your assistance to this grievous evil.