The Top Ten Junk Science Moments of the Year 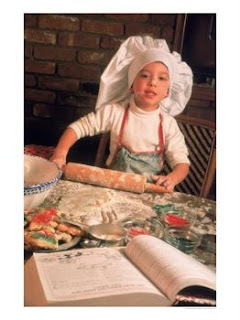 Did you know that your baking Christmas cookies was an environmentally-destructive activity? Well, according to the obvious import of an AP story out of Seattle last week, it was. The story explained that "Researchers at the University of Washington say all that holiday baking and eating has an environmental impact — Puget Sound is being flavored by cinnamon and vanilla. 'Even something as fun as baking for the holiday season has an environmental effect,' said Rick Keil, an associate professor of chemical oceanography. 'When we bake and change the way we eat, it has an impact on what the environment sees. To me it shows the connectedness.'"

Wow. Does this mean you should put away forever your cookie cutters, oven mitt and chocolate sprinkles? Well, only if you're dumb enough to believe in all the other politically-correct fairy tales and knucklehead notions churned out by academicians, judges, liberal politicians -- and the duped and dutiful "journalists" who serve them.

To take a quick sanity check on these matters, why not take a look at the Top Ten Junk Science Moments of 2006 as compiled by the folks over at JunkScience.com. In fact, why don't you go ahead and put those cookies in the oven and read the article until they're ready.
Posted by DH at 1:31 PM