Remember When the U.S. Used to Win Wars? 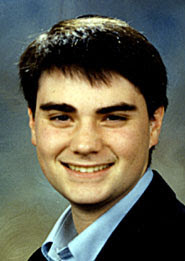 ...It has been six decades since we emerged fully victorious from a major "hot" war. This is because the very definition of war has changed. Each modern war is now more of a battle than a war. Tearing out the enemy's motivating ideology by the roots is no longer a nation-centric task. Nazism was located in Germany and Shintoism in Japan. We could defeat both countries and win the war. Fundamentalist Islam, however, spans the globe. Even if we disestablish fundamentalist Islam in Afghanistan and Iraq, we still have not won the war. Afghanistan and Iraq are the equivalents of Okinawa and Utah Beach. Super-national ideologies mean that war is not a local affair, but a global one.

So how do we win a global war? We won the Cold War by waiting out our communist opponents. We could lose the war in Vietnam and still win the broader Cold War. We could stalemate in Korea without losing the fight against communism. Communist ideology was bankrupt, and if we denied them resources (as we did by funding anti-communist forces around the globe and rolling back communism under President Reagan), we would be successful in the long run.

Read the rest of Ben Shapiro's frank and fundamental exposition right here.
Posted by DH at 11:34 AM