But, Baby, It's Cold Outside: Europe, Belarus and Russia In a Natural Gas Crisis 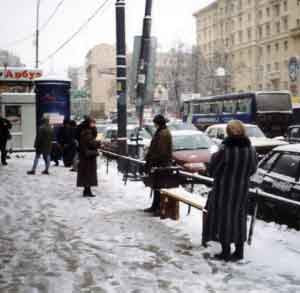 Here is trouble for Belarus' Communist dictator Alexander Lukashenka that he really wanted to avoid. According to reports from Radio Free Europe, Gazprom (Russia's government controlled monopoly who supplies natural gas to Belarus and, through Belarusian pipelines, to parts of free Europe) has announced that this weekend will see a sharp price increase for Belarus. If the country's leader fails to accept the price hike, he must face the fact of a cutoff -- no small crisis for Belarus in winter.

"Belarus' negotiating position is irresponsible and puts the issue of the whole country's energy supplies under threat" said a Gazprom spokesman as he explained that Belarus currently pays $46.68 per 1,000 cubic meters of natural gas, while Gazprom will be raising the price to $200 per 1,000 cubic meters.

Now the move isn't all about immediate cash for Gazprom. Indeed, they're looking for something bigger; namely, a huge part of the company currently handling the Belarus pipeline system. Thus, the Gazprom offer is that Belarus can pay $80 per 1,000 cubic meters in cash and the rest with a 50% share in the Belarusian pipeline operator Beltranshaz. Argues the Gazprom official, "The price at which Gazprom sells gas to Belarus is not only subsidized, which is unacceptable for equal cooperation of two states, but is also loss making for Gazprom because it does not cover its production and transportation costs,"

Of course, the European Union is very concerned about this matter because it receives some of its natural gas supplies from Russia via Belarus pipelines. To that fear, Gazprom is shrugging their shoulders. The company says it will continue to deliver Europe-bound natural gas via Belarus even if no contract is signed with Belarus. Said Aleksandr Medvedev, head of Gazeksport, "All volumes of gas on our export contracts will be delivered to the Belarusian border on January 1 even if we sign no contract with Belarus" but denied responsibility beyond that point. "Transit and supplies issues are not and will not be linked...I do not want to forecast Belarus' behavior in this case."

What's it all mean? Higher gas prices? Severe shortages? Increased pressure from both Russia and the EU on the Belarusian despot, Lukashenka? This is most definitely a situation to keep careful watch on.
Posted by DH at 12:15 PM