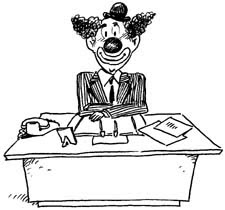 The Young America's Foundation has produced an alarming, distressing, but "must read" list of the most bizarre leftist courses being taught in American universities. And bizarre is not really a strong enough word to describe the very expensive and very wicked indoctrination that is going on.

Young America’s Foundation Spokesman Jason Mattera remarks, “The Dirty Dozen demonstrates that professors still have an obsession with dividing people on the basis of their skin color, sexuality, and gender. They also can’t seem to shake off a strong admiration for Karl Marx and his murderous ideology—apparently the 100-plus million totalitarian regimes have murdered over the years is not enough?!”

The Dirty Dozen list (along with several dishonrable mentions) includes such courses as:

...Queer Musicology at the University of California-Los Angeles explores how “sexual difference and complex gender identities in music and among musicians have incited productive consternation” during the 1990s;

...Students enrolled in the University of Pennsylvania’s Adultery Novel read a series of 19th and 20th century works about “adultery” and watch “several adultery films.” Students apply “various critical approaches in order to place adultery into its aesthetic, social and cultural context, including: sociological descriptions of modernity, Marxist examinations of family as a social and economic institution” and “feminist work on the construction of gender;”

...Duke University’s American Dreams/American Realities course seeks to unearth “such myths as ‘rags to riches,’ ‘beacon to the world,’ and the ‘frontier,’ in defining the American character;”

You can check out the full article at the Young America's Foundation site right here.
Posted by DH at 8:51 AM