Or Will the '08 Pro-Life Support Go for Brownback? 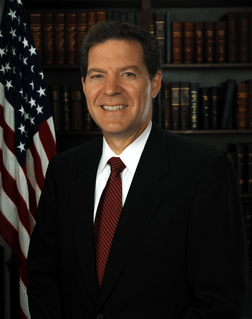 ..."I think there's room for a full-scale Ronald Reagan conservative in the field," Brownback said. "I fully agree that other people have much higher name identification than I do. No question about that. But I think what you have to look at is the policy positions they get out once you have an effective campaign.

"Brownback, who was elected in 1996, is a forceful foe of abortion and embryonic stem-cell research. He also has taken a prominent role in the fight against genocide in Sudan's Darfur region...

With the mainstream media already penciling in moderate Republicans (for moderate, read weak or AWOL altogether on the social issues) like John McCain, Rudy Giuliani, and Bill Frist, it is certainly not too early for "Comprehensive Conservatives" to get actively involved in promoting someone with the character, principles and track record that Sen. Brownback has.