Christians More Aware of Entertainment Stars Than Their Own Leaders 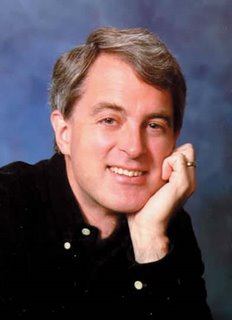 The sociological studies of George Barna (shown at left) are always interesting, always valuable but, in recent years, almost always disturbing too since his research reveals the severe erosion of knowledge, faith and commitment among Americans who refer to themselves as Christians.

Barna's latest study concentrates on the huge disparity of recognition by Americans (even Christians) of, on the one hand, religious leaders and, on the other, entertainment celebrities.

For instance, 57% of the adults surveyed said they had never heard of James Dobson. Maybe not much of a surprise but what about the fact that nearly half of all "born again Christians" didn't know who James Dobson was! Wow. 68% of the adults surveyed had no knowledge of T.D. Jakes (including 55% of all "born again Christians") And Tim LaHaye? Well, although Dr. LaHaye is a former pastor, an influential writer and activist, the husband of Concerned Women for America founder Bev LaHaye, and co-author of the best-selling fiction series of all-time, three out of four adults don't have a clue who he is. Likewise, 63% of the "born agains!"

But it's a much different story with entertainment figures: Mel Gibson was known to 96% of those surveyed; Rosie O’Donnell to 95%; Denzel Washington to 93%.

It represents yet another example of how Christianity is losing its influence in American culture. Argues Barna, "You cannot make a difference in someone’s life if you do not have entrée in that life. In our society, even clergy compete for people’s attention and acceptance. One of the reasons that the Christian faith is struggling to retain a toehold in people’s lives is because even the highest-profile leaders of the faith community have limited resonance with the population.”

He continues, “The survey statistics suggest that perhaps Christian individuals are more attuned to matters of culture and entertainment than to matters of faith. People pay attention to what they deem important. These figures may be another indicator that millions of Christians invest more of their mental energy in cultural literacy than in biblical literacy.”
Posted by DH at 1:21 PM