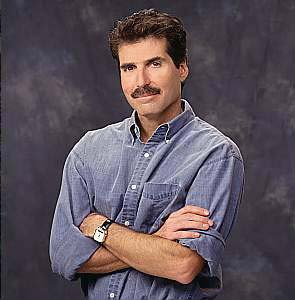 ...After the Asian Tsunami two years ago, the U.S. government pledged $900 million to tsunami relief. American individuals donated $2 billion -- three times what government gave -- in food, clothing, and cash. Private charities could barely keep up with the donations.

Americans' preference for voluntary contributions over forced giving through government is one way in which Americans differ from other people. (Don't think it's forced? See what happens if you don't pay your taxes.)...

I don't know how many of you caught "Cheap in America," John Stossel's ABC News segment last night, but I hope you did. It was very good and most enlightening. But, even if you missed it, you can at least read Stossel's eye-opening column right here.

And then, since you'll be encouraged in your charitable spirit, why not follow through with a thank-you to Mr. Stossel for the ongoing excellence of his ABC journalism. (You can find an e-mail response right under his name at the Town Hall column.) Following in the footsteps of Cal Thomas (and very few others), Stossel has bravely resisted the leftist dominance of the MSM (mainstream media) and his stories continue to be relevant, fact-based, and genuinely helpful.

It would also be good to let ABC know your appreciation for John Stossel's work. In fact, why not go so far as sharing those opinions with the other networks? It is always better to be a "shiner" than a mere "whiner." The appropriate contact information is listed below. And, you can use as a reference the quick note I zipped out this morning via e-mail to CBS Evening News, 60 Minutes, CNN, NBC's Dateline, and NBC News.

I happened to catch John Stossel's excellent segment last night, "Cheap in America," over on ABC. Wow. It was an eye-opening, relevant program and one based on facts rather than what so often passes for journalism nowadays; namely, slogans, selective emotions and leftist ideology. Conservative (read "old school" reporting) can yet be alive on networks other than Fox. The increasingly popular Stossel is proving that (and proving his worth) over at ABC -- why doesn't CBS give us a bit more of this approach? Thanks for listening.

And yes, I sent thank-you notes to both ABC and to Stossel himself. Your turn.