Strict Interpretation of the Constitution? What a Concept! 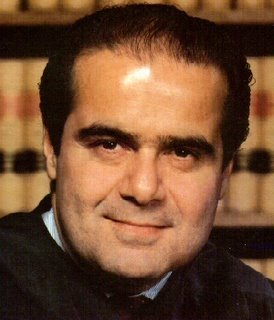 Arguing that liberal judges in the past improperly established new political rights such as abortion, [Antonin] Scalia warned, "Someday, you're going to get a very conservative Supreme Court and regret that approach."

"On controversial issues on stuff like homosexual rights, abortion, we debate with each other and persuade each other and vote on it either through representatives or a constitutional amendment," the Reagan appointee said.

"Whether it's good or bad is not my job. My job is simply to say if those things you find desirable are contained in the Constitution," he said.