Once More on Amendment 423 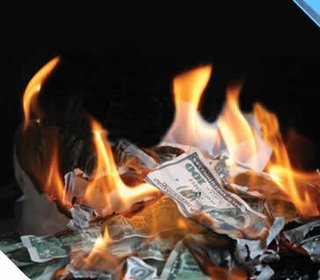 One of the most popular spots on the Vital Signs Blog the last few days has been a post I did back on September 22nd about Stop OverSpending Nebraska and Amendment 423 which the organization advocates. It makes sense to again highlight that link so that people (besides the folks finding the article via the search engines) can refresh their understanding. This is especially the case after a few weeks of scare tactics and really distorted commercials launched by opponents of the measure.

Amendment 423 will simply require politicans "to live by the same standards that families, individuals, and businesses have to live by everyday." Specifically, Amendment 423 will limit the growth of government spending to the rate of inflation plus population growth each year.

This means that that property taxes will not have to rise like is being claimed in those persistent (but prevaricating) ads. Indeed, the measure is very much like the "Taxpayer Bill of Rights" (TABOR) that has been such a success in Colorado since 1992...so successful that the governor there credits it as one of "primary reasons Colorado weathered the recession better than many other states."

As stated by proponents of 423 to the compilers of the Nebraska Voter Information Packet, "businesses will want to come to where they will not be endangered by excessive taxation. Colorado’s experience in the first decade after TABOR was enacted was that job growth surged at almost double the rate of the previous ten years. For the past 14 years, the American Enterprise Institute has consistently ranked Colorado’s economy first in the nation."

Here is a combination fact sheet and "myth buster" page from the web site hosted by SOS (Stop OverSpending) Nebraska. I think you'll find it, at the least, illuminating.
Posted by DH at 6:33 PM