False Religions Okay to American Judges; It's Only Christianity They Want Eliminated 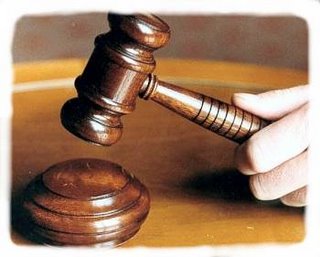 Here's a disturbing report from the Thomas More Law Center --

A three-week intensive indoctrination into the Islamic faith by a California public school district was allowed to stand by the U. S. Supreme Court last week. A California federal trial court and the Ninth Circuit Court of Appeals had earlier ruled that such indoctrination was constitutional.

The Thomas More Law Center, a national public interest law firm based in Ann Arbor, Michigan, outraged by the obvious double standard in the application of the Establishment Clause jurisprudence by the Ninth Circuit Court of Appeals, which has held “under God” in the Pledge of Allegiance unconstitutional, but allows this kind of Islamic instruction in public schools, had requested that the Supreme Court review the case.

The materials used by Byron Union School District seventh graders stated, “From the beginning, you and your classmates will become Muslims.” Students were instructed to accept as “fact” that Jihad is “a struggle by Muslims against oppression, invasion, and injustice,” and to accept as “truth” that the Koran “is God’s word as revealed to the Prophet Muhammad.” Students were taught the five duties (Pillars of Faith) all Muslims must fulfill and were required to complete a project for each duty, including fasting, in order to pass.

According to Richard Thompson, President and Chief Counsel of the Law Center, “This three-week course was for the most part propaganda that could be used to unwittingly recruit home grown terrorist. Nevertheless, some public schools are allowing this kind of religious instruction under the guise of diversity instruction.”

Impressionable twelve-year-old students were required to take Islamic names, wear identification tags that displayed their new Islamic name and the Star and Crescent Moon. Students also were handed materials that instructed them to “remember Allah always so that you may prosper,” and memorized and recited the “Bismillah” or “In the name of God, the Merciful, the Compassionate,” which students also wrote on banners that were hung on the classroom walls. Students also had to memorize parts of Islamic prayers and verses from the Koran.

Thompson continued, “No federal court would have permitted a class where public school students were taught to ‘become Catholics’ for three weeks, selected a saint’s name, wore identification tags that displayed their new name and a Crucifix, and engaged in Catholic religious practices. Here, however, students were subjected to Islamic religious indoctrination and propaganda and the courts turned a blind eye. The Supreme Court missed an opportunity to demonstrate that the Establishment Clause is to be applied the same to all religions and is not just a weapon to be used only against Christians...”