The American Family: Rest In Peace? 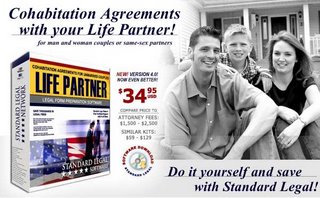 "Douglas Besharov, a sociologist with the American Enterprise Institute, a Washington-based think tank, said it is difficult for the traditional family to emerge unscathed after three and a half decades of divorce rates reaching 50 percent and five decades out-of-wedlock births.

'Change is in the air,' Besharov said in a recent interview with the State Department journal called US Society and Values. 'The only question is whether it is catastrophic or just evolutionary.'

He predicted that cohabitation and temporary relationships between people were likely to dominated America's social landscape for years to come.

'Overall, what I see is a situation in which people -- especially children -- will be much more isolated, because not only will their parents both be working, but they'll have fewer siblings, fewer cousins, fewer aunts and uncles,' the scholar argued. 'So over time, we're moving towards a much more individualistic society.'